The International Football Association (FIFA) sent a message to all the teams participating in the World Cup, asking them to “focus on football.”

A great deal of controversy arose over the tournament, which will start in Qatar on November 20, as Doha has been criticized for its stance on same-sex relations, its human rights record, and its treatment of migrant workers.

Some players planned peaceful protests, and England player Harry Kane and nine other European captains will wear the “One Love” badges, which support gays.

Denmark’s players will wear T-shirts expressing a kind of protest. Sportswear company Hummel, which supplies the Danish national team, also said it “does not want to appear” at the tournament, which it claims “has claimed thousands of lives”.

Paris, and other French cities, refuse to display the World Cup matches in public places, despite the fact that France is the title holder of the World Cup.

The Australian national team released a video urging Qatar to repeal its laws on same-sex relations.

Liverpool manager Jurgen Klopp said this week that it was “not fair” to expect players to make political statements or organize protests during the tournament.

England women’s national team player, Beth Mead, said on Thursday it was “disappointing” that the tournament would be held in Qatar. Mead, who has previously declared that she is gay, does not believe the Gulf state is the “right place” for the tournament.

Among other issues related to the upcoming tournament, FIFA issued a decision to ban Russia from participating in the World Cup after its invasion of Ukraine.

In addition, the Ukrainian Football Federation called for Iran to be banned from the World Cup due to “systematic human rights violations”. The Ukrainian Federation believes that the suppression of protests in Iran “may constitute a violation of the principles and rules” of FIFA.

The World Cup finals are held for the first time in the winter season. Qatar initially proposed to host the World Cup during the summer in closed and air-conditioned stadiums, but its plan was rejected.

Qatar’s World Cup organizers declared that “everyone is welcome” to visit the country and watch football, and that no one will be discriminated against.

In addition to calling on participating countries to “focus now on football,” the FIFA message, signed by FIFA President Gianni Infantino and General Secretary Fatma Samoura, read: “Everyone is welcome regardless of origin, background, religion, gender, sexual orientation or nationality. “.

“We are aware that there are many challenges and difficulties of a political nature around the world,” she added.

Qatar built seven new stadiums to host the World Cup, in addition to an airport, roads and about 100 hotels.

The Qatari government says it has hired 30,000 foreign workers to build the stadiums alone, mostly from Bangladesh, India, Nepal and the Philippines.

Rights groups have complained about the treatment of foreign workers in Qatar and the number of those who have died there.

In February 2021, the Guardian reported that 6,500 migrant workers from India, Pakistan, Nepal, Bangladesh and Sri Lanka had died in Qatar since it won the World Cup.

This number is based on figures provided by the embassies of countries in Qatar.

However, the Qatari government said the total number is misleading, as not all of the deaths recorded were of people working on World Cup-related projects.

The Qatari government said accident records showed that between 2014 and 2020, there were 37 deaths of workers on World Cup stadium construction sites, of which only three were “work-related”.

BBC Arabic also collected evidence indicating that the Qatari government did not announce the actual number of deaths among foreign workers.

The Football Association has backed calls for compensation for “any injury or death related to any construction project” for the World Cup. 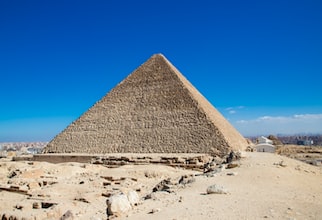 FilGoal | News | American Coach Conference: Removing the word majesty from the flag of Iran? Sometimes things happen that are out of your control

“Al-Ahly’s right is back” .. Al-Khatib kidnaps the signature of the Pyramids star in a resounding deal and prepares for a new surprise